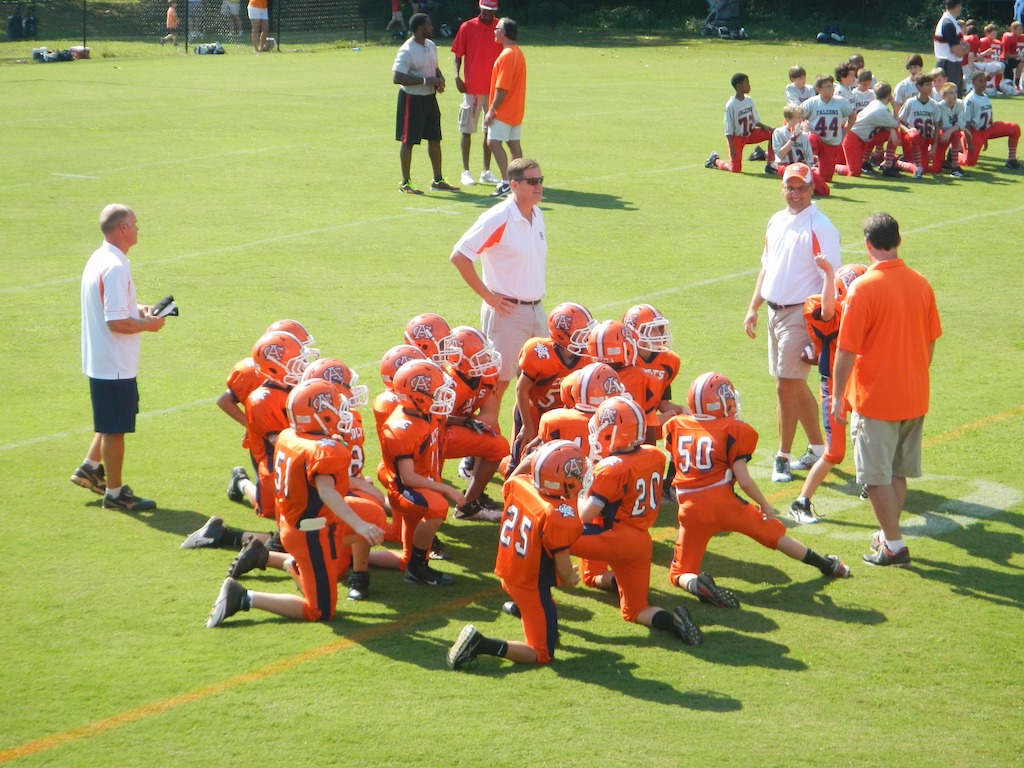 When it comes to youth football, the atmosphere is obviously more relaxed than with anything that is professional. This is not something to attack since some of the players will not turn into professionals and just play as a hobby. However, the youth football coach needs to be serious and do all that is possible to train and lead the team to victory.

According to Ryan Grigson, one of the biggest mistakes that youth football coaches make is to find excuses for losing games. Those that appear really often are:

As the youth football coach it is important to set discipline and actually build a winning mentality. As a very simple example, the coach should never accept any statement that states there is no chance to win. The focus has to be put on winning the game by using what you can actually control. Unfortunately, the number of youth football coaches with a losing mentality is huge at the moment. The best thing they can do is get out of the way and let others take care of the team.

Unfortunately, most youth coaches do not really know what they do. The training is actually just a recreation of the past college or high-school football programs they were a part of. The big problem is that they do not actually understand why they do what they are doing. They go through countless useless drills and conditioning exercises. Some even act as if they are football coaches that were active 30 years ago.

Running conditioning drills without a purpose is a very bad idea. The only thing that this accomplishes is making the player feel pain. If a youngster only thinks about the time when the drill is over, focus is not there. Numerous youth football coaches do not even realize that half of the team, or more, do not even know blocking assignments. They just move from one play to the next without observing. Then, the excuses come when plays fail, or even worse, the blame game starts. It is never the fault of the coach, right?

Youth football coaches, at least some of them, seem to be professionals at coming up with excuses why the game was lost. This is practically a losing mentality. The team will get that mentality and it will actually become difficult to win the game even if that would be possible. When it is impossible to win a game, you should at least still have some things that can be done to make the game winnable. You never know when an upset is right around the corner. That upset starts with great work done by the youth football coach, not by someone else. This is the person that is actually responsible.